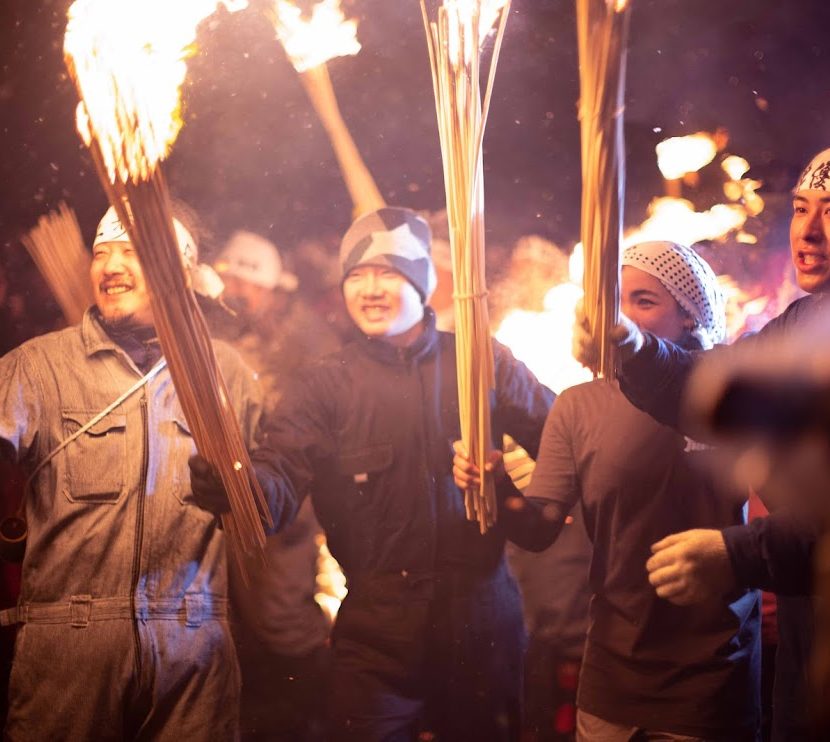 A fixture since 1863 and held annually on January 15th, Nozawa Onsen’s Dosojin Fire Festival is one of the three biggest such spectacles in Japan. During the celebrations, prayers are offered up to the deity Dosojin.
Dosojin protects villages and its inhabitants from harm and is also the god of fertility, happy marriages, and healthy children. The tradition in Nozawa Onsen is for villagers to anonymously exchange carved wooden figurines of Dosojin while the fire festival takes place. Besides connecting members of the community in this way, the Dosojin Fire Festival provides another local service: bringing fortune to those men of Nozawa Onsen who are currently at the “unlucky” ages of 25 and 42.
These two “unlucky” age groups play an essential role as organizers for this event, selecting the five sacred beech trees from which the festival’s shaden—a large wooden shrine—is built on January 13th, two days before the main event. After its construction, a priest from a nearby shrine holds a special ceremony to endow it with the spirit of Dosojin.
On the evening of January 15th the festival starts in earnest, as male villagers’ light torches from a bonfire and stage an assault on the shaden. The “unlucky” 42-year-olds sit on top of the shrine defending its roof while singing and chanting, and the 25-year-olds protect the wooden structure at its base, using pine branches to put out the torchbearers’ fires. Once the excitement of battle is over—and all participants have withdrawn to a safe distance—the shaden is ceremonially burned, together with large decorated lanterns on poles that are carefully made by families to bring good health and fortune to the children.
You can see a replica of one of these large, beautifully decorated poles in the Oborozukiyo no Yakata Museum. 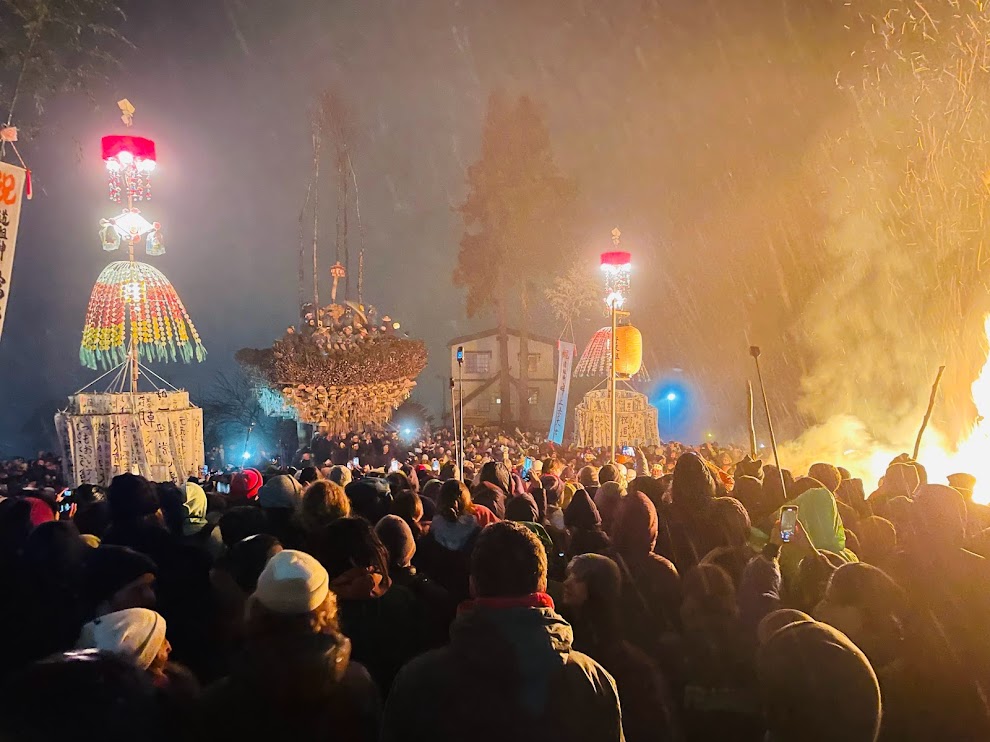 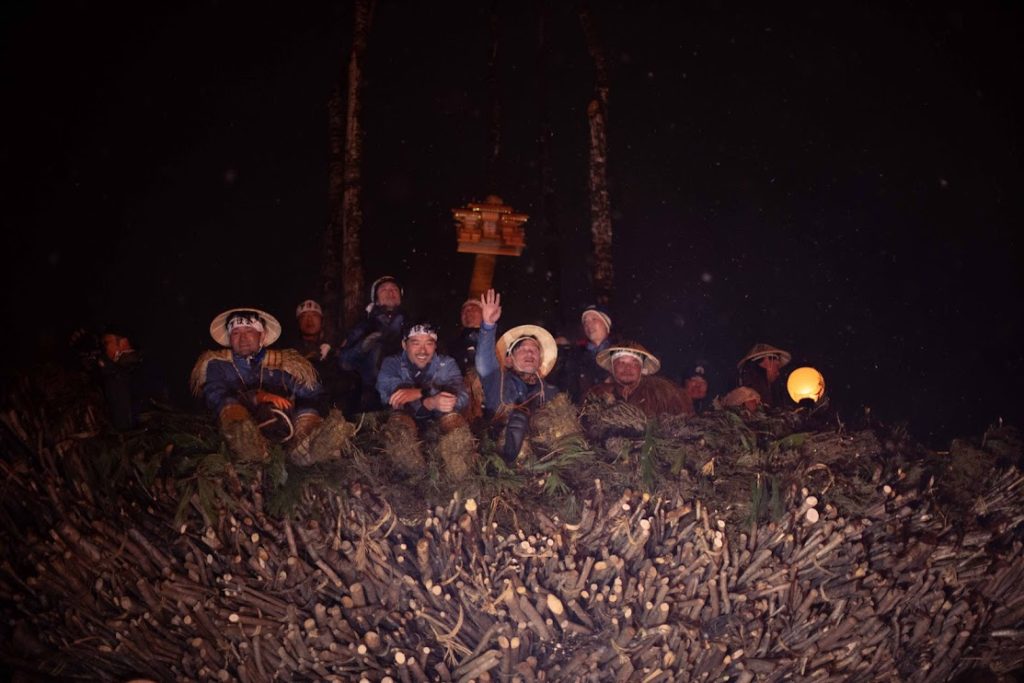 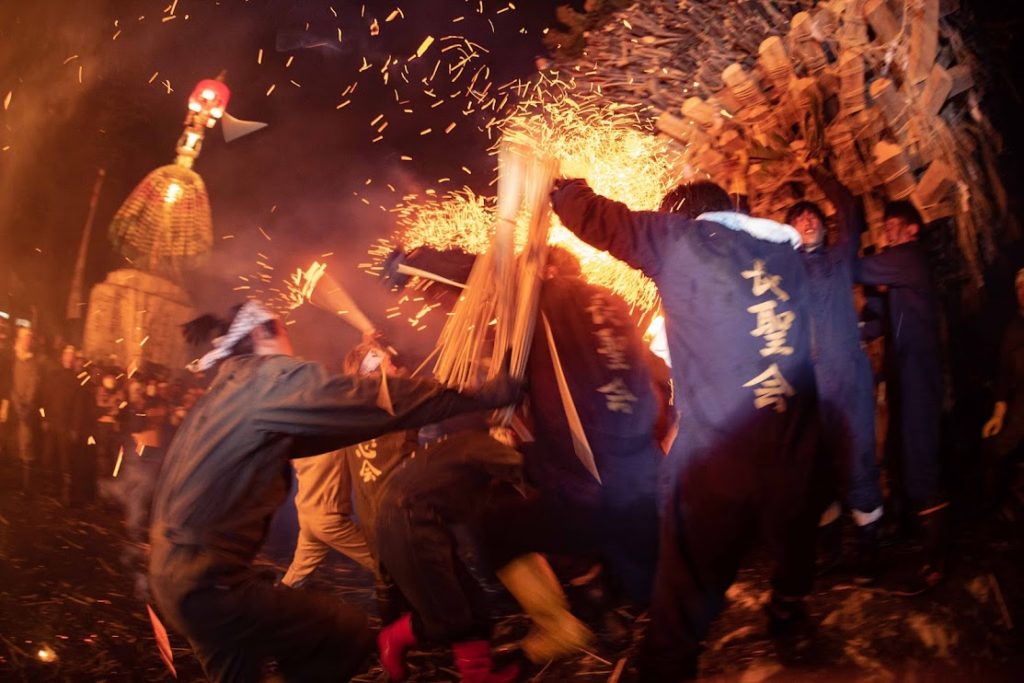